You asked yourself: What exactly is a pip? And why did he quantify his profits in pips? Don’t worry: this article will expand your knowledge of pips!

What is a Pip in Forex?

Let’s take an example. Let’s say you are a trader trading EUR / USD. You opened a long position when the exchange rate was 1.4724. You predicted the price would go up and after a few minutes the price would go up to 1.4727 and you decided to close your trade. The price change here is 0.0003, which corresponds to 3 pip.

Let’s take a look at a real market situation. Let’s say you opened a long position when the price was 1.1259. You predicted that the price would go up, but the price is actually going in the opposite direction. Now you decide to close the position when the exchange rate is 1.1254. How much did you lose You have lost the entire change in value of the currency pair – 0.0005 – which is 5 pips.

What is a Pipette?

Most trading platforms use pips as the smallest units of measure for the change in the value of a currency pair. However, the need for more accuracy has led to the introduction of a pipette that is 1/10 of a pip. In this case, a pipette is represented by the fifth decimal place on your trading platform. If JPY is involved in the currency pair, a dropper is represented by the third decimal place.

Let’s use the previous example, but this time with a broker platform that allows the use of pipettes.

In this example, you opened a long position when the exchange rate was 1.12597. You expected the price to go up. Unfortunately, that was not the case. Instead, the price moved against your position. Now you decide to close your trade at 1.12542. In the end you lose 0.00055, which corresponds to 55 pipettes. I know that after looking at this example, you will appreciate the accuracy that pipettes offer. Pipettes offer dealers a higher level of accuracy than pips. In the previous example, the loss was 5 pips. But now we get a clearer picture with the more detailed unit of measure: 55 pipettes (5.5 pips).

A pip value can be defined as the price associated with a pip movement in the foreign exchange market. If you are long and the price moves in your favor, your open trade will gain in value. The open position behaves similarly if the price moves against you. The pip value indicates how much the additional profit is worth. To get this value, we need to calculate the pip value.

A change in pip value only occurs when the exchange rate of the US dollar moves more than 10% while the USD is the base currency (e.g. USD / CAD or USD / JPY) or the USD is not in the currency pair included (for example GBP / JPY). The account is in USD.

A good example is when the USD / JPY exchange rate fell from around 120 to a low of around 77 between 2008 and 2011. The rapid appreciation of the yen caused the pip value for the currency pair to change. In this case, the market movements had a significantly greater impact on the value as the pip value rose.

Calculation of the pip value and the position size

As we have already described, the pip value shows how much a pip movement contributes to your profit or loss. Pip value is important because it helps you manage risk. For example, if you don’t understand the pip value, how can you calculate the ideal position size? If you don’t understand the concept of pip value, it will be difficult for you as a trader to measure and control your risk.

Many trading accounts are in US dollars. Whenever the USD ranks second in a currency pair and the account is denominated in US dollars, the pip value does not change.

If the USD is the base currency (listed first in the currency pair), just use the formula above. Suppose you are trading a standard lot of the USD / CAD currency pair. In this case, as you can see, the USD is listed first. Assuming that the USD / CAD exchange rate is 1.25, the pip value in US dollars would be 10 / 1.25 = 8 USD. Below you can see how to calculate the pip value for mini lots and micro lots.

Pip value for accounts not denominated in USD

What happens if the Canadian dollar is listed first, as in the case of CAD / CHF? You get the pip value by dividing the fixed prices by the exchange rate from above. Let’s say the CAD / CHF exchange rate is 0.8. What is the pip value for a micro lot? It will be CAD $ 0.1 / 0.8 = CAD $ 0.125. You can do the same for standard and mini tickets.

What if the currency pair now has CAD as the base currency and JPY as the quoted currency (CAD / JPY)? Let us show an example: Suppose the exchange rate for CAD / JPY is 90.00. In this case, what would be the pip value for a standard lot?

We’ll use the formula discussed above, but then multiply the result by 100.

You can use this process for other currencies like EUR or even the Australian dollar.

The pip value for other currency pairs

Let’s take the example of EUR / CHF. The established rule is: If you have an account denominated in CHF and trade EUR / CHF, the pip value is fixed (CHF 10 for standard tickets, CHF 1 for mini tickets and CHF 0.1 for micro tickets).

What would happen if you couldn’t find the USD / CHF rate and instead could find the CHF / USD rate? What would you do in this situation?

The relevance of pip values ​​in hedging

The hedge involves buying and selling securities at the same time to reduce risk. Many traders see this as a risk-free position, since losses are offset by profits on the one hand. However, this is not always the case. The hedge involves some risk, as wide spreads can flow into both positions, which can lead to losses.

Spreads widen mainly in times of important global events, for example, when the Swiss National Bank scrapped the upper limit of CHF 1.20 per euro in 2015. Brexit is another major global event that can affect your secured business.

At such times, the spread depends entirely on offers and requirements. The spread can even be 100 pips wide. If this is the case for both positions, the results can be devastating. If the currency pairs involved are illiquid, the spreads should be even larger, which would lead to further losses for the hedged position.

Summary
As you read this article, you should now understand that a pip is the smallest unit of price change that is measurable for a currency pair. You now know about the crucial role that pip value plays in retail. You don’t have to calculate the pip value yourself during your actual trading as there are some calculators that do this job for you. To learn more, you should register a demo account so you can see how the pip value affects your winnings.

Why should you trade Forex with Libertex?

– Easy-to-use and convenient high-speed platforms
– Leverage of up to 1:30 for private customers and up to 1: 600 for professional customers
– 50% discount on commissions for new traders
– No spread
– 213 tradable assets
– 27 countries covered
– 30 international awards 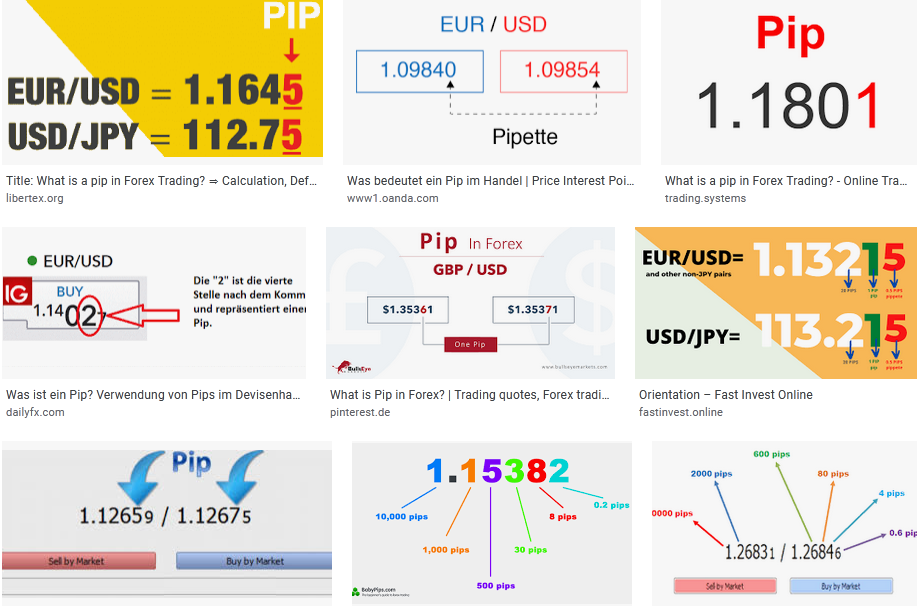 How to get signals?

Survey of female investors' preferences
Become a professional with Libertex!
What is Blue Chip Shares?
US stocks fell in September. A small correction or a trend reversal?
Libertex Group was named "Best Trading Platform 2020" and "Best Forex Broker Europe 2020" by Forex R...
Financial Scouting
Where to get free trading signals?
Lyft Trading at Libertex